One Maryland One Book Author Tour Event with Naima Coster 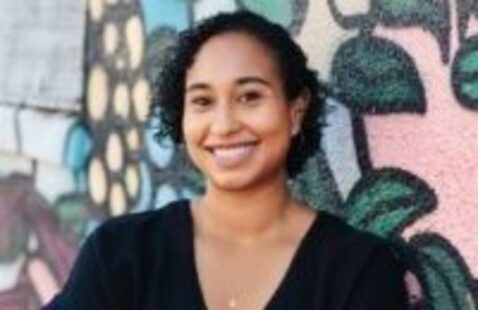 Naima Coster, author of What’s Mine and Yours

Naima Coster is a New York Times bestselling author of two novels and a recipient of the National Book Foundation’s 5 Under 35 honor. Her most recent novel, What’s Mine and Yours, was a Read with Jenna Today Show Book Club pick, a Book of the Month Club pick, a statewide read for One Maryland One Book, and longlisted for the Mark Twain American Voice in Literature Award. It was named a best book of the year by Kirkus, Amazon, Esquire, Marie Claire, Ms. Magazine, The Millions, and Refinery29.

Naima’s stories and essays have appeared in the New York Times, Elle, Time, Kweli, The Cut, The Sunday Times, and Catapult, among other publications, and in numerous anthologies. She earned her MFA at the Columbia University School of the Arts and has taught writing for over a decade in community settings, youth programs, and universities.

Naima is currently at work on her third novel. She lives in Brooklyn with her family.

This event is free and open to the public