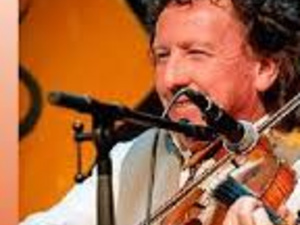 Frostburg State University’s Mountain City Traditional Arts will host legendary Irish fiddler Frankie Gavin on Monday, Nov. 4, at 7 p.m. at 25 E. Main St. in Frostburg. He will be joined by world-renowned musicians Tommy McCarthy on fiddle and Louise Costello on banjo. The live entertainment is free and open to the public with a suggested donation of $15.

Known as a founding member of the Irish supergroup, DeDannan, Gavin has been a fixture in the traditional Irish music scene for more than half a century. He has performed for four American presidents, starting as a 7-year old, when he played for John F. Kennedy on his 1963 visit to Ireland. He holds the Guinness World Record as fastest fiddler.

Originally influenced by the great Irish and American-Irish fiddle players James Morrison and Michael Coleman, Gavin later played with stars such as The Rolling Stones, Stephane Grappelli, Elvis Costello, Earl Scruggs and Yehudi Menhuin, as well as with some of the prominent contemporary players and singers of traditional Irish music. All have left their mark on his eclectic approach to music.

McCarthy and Costello grew up in families steeped in Ireland’s rich music history. McCarthy, born in London to Irish parents, grew up listening to traditional music and playing with all of the legendary Irish players who were living in London. Costello hails from Galway, Ireland. After playing with her father Denny and local fiddlers, she became part of the city’s vibrant session scene. It was there that her banjo playing was influenced by Charlie Piggott.