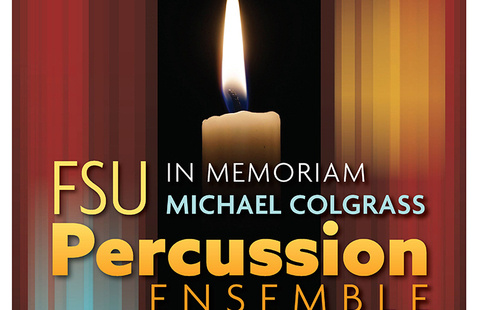 Pealer Recital Hall, PAC View map Free Event
Add to calendar
Save to Google Calendar Save to iCal Save to Outlook

Frostburg State University’s Percussion Ensemble will present its second fall concert on Tuesday, Dec. 3, at 7:30 p.m. in the Pealer Recital Hall of FSU's Woodward D. Pealer Performing Arts Center. This event is free and open to the public.

Directed by Dr. Mackenzie LaMont, the concert will feature the music of Michael Colgrass, an American-born Canadian musician, composer and educator.

Colgrass was a Pulitzer Prize-winning classical composer who often highlighted percussion instruments in his works and sometimes stripped to his shorts and stood on his head while demonstrating the connection of the body to rhythm and dance to skeptical students and listeners.

Colgrass was also a jazz drummer and a versatile percussionist who performed with orchestras and in the first Broadway production of Leonard Bernstein’s “West Side Story.”

He won the 1978 Pulitzer Prize for Music for “Déjà Vu,” commissioned and premiered by the New York Philharmonic, and an Emmy Award in 1982 from the National Academy of Television Arts and Sciences for the Public Broadcasting System documentary “Soundings: The Music of Michael Colgrass.”