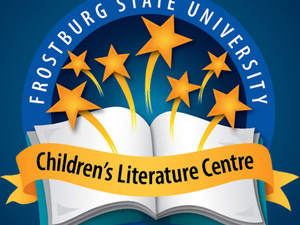 For 37 years, the festival has welcomed hundreds of educators, librarians, parents, students and literature advocates to the FSU campus to share their love of children’s literature and learn more about successful ways to share that love with children. This year, the festival goes virtual for the first time through a share-and-learn atmosphere, allowing adults who direct children’s learning to interact with authors and illustrators who bring characters to life and inspire children to read.

Award-winning authors and illustrators Jerry Craft, Ryan T. Higgins, Andrea Warren and Salina Yoon will headline this year’s virtual event. In addition to their virtual presentations, each featured speaker will be available for a live Q&A session, allowing registrants a chance to interact with the presenters. Participants will also be able to virtually attend up to seven professional development workshops that focus on a wide range of literacy and literature topics for the pre-K through eighth-grade classrooms. An extensive booklist will be available online for purchase. Each book will include an autographed bookplate.

Craft is the author and illustrator of “New Kid,” winner of the Coretta Scott King Award and the first graphic novel to receive the Newbery Award. “Class Act,” a companion book to “New Kid,” was one of the School Library Journal Best Graphic Novels of 2020, as well as a Kirkus Best Middle Grade Book of the Year. Craft also created “Mama’s Boyz,” a syndicated comic strip, which has received the African American Literary Award five times. He is the co-founder and co-producer of the Schomburg Center’s Annual Black Comic Book Festival and co-wrote the middle-grade prose novel, “The Offenders: Surviving the World While Serving Detention!” with his sons, Jaylen and Aren.

Higgins is the author and illustrator of the New York Times’ bestseller, “We Don’t Eat Our Classmates,” and “The Mother Bruce” series, which includes “Mother Bruce,” “Hotel Bruce,” “Bruce’s Big Moves,” “Santa Bruce” and “Bruce’s Big Storm.” He is the recipient of the Ezra Jack Keats New Illustrator Honor and the E.B. White Read Aloud Award.

Warren, who has worked as a newspaper reporter, magazine editor, and high school English and history teacher, is the author of numerous nonfiction chapter books, including “Surviving Hitler: A Boy in the Nazi Death Camps”; “Enemy Child: The Story of Noman Mineta, a Boy Imprisoned in a Japanese American Internment Camp During World War II”; “Orphan Train Rider: One Boy’s True Story”; and “We Rode the Orphan Trains.” She is the winner of the Boston Globe Horn Book Award for “Orphan Train Rider” and the Midland Author’s Award for “Pioneer Girl.”

Yoon is an author, illustrator and format designer of nearly 200 novelty books for young children. She specializes in formats that are unique and interactive, including “Rock & Roll Colors,” “Opposnake,” “Pinwheel” and “Kaleidoscope,” as well as “The Penguin, “The Bear” and the “Duck, Duck, Porcupine” series. Yoon is the recipient of numerous awards, including the 2018 Geisel Honor for “My Kite Is Stuck! and Other Stories.”

The brainchild of two FSU professors, Dr. William Bingman and Dr. Thomas Palardy, the festival was created as a way to honor two colleagues who promoted the love for and value of children’s literature. Now in its 38th year, what began as a small gathering of children’s literature enthusiasts is now one of the premier conferences of its kind on the East Coast.

The festival is administered by the FSU Foundation and is sponsored by the Children’s Literature Centre and the FSU Department of Educational Professions.

Admission to the festival is by registration only, is limited in number and is available online at https://forms.frostburg.edu/207.

Admission to the festival is by registration only, is limited in number and is available online at https://forms.frostburg.edu/207.