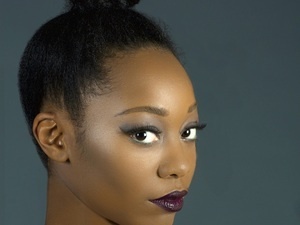 Praised in The New York Times as “a singer with a strong and luscious tone,” Alicia Olatuja combines the earthy with the sublime, bringing a grounded relatability to genres as lofty as classical, as venerated as jazz and as gritty as R&B. She first gained international recognition during President Barack Obama’s 2013 inauguration ceremony, with a soaring solo of “The Battle Hymn of the Republic.” Since this historic performance, she has shared the stage with musical legends Chaka Khan, BeBe Winans, Christian McBride, Dr. Lonnie Smith and Billy Childs, and has earned accolades through performances at music venues around the world.

Immediately following the performance, WFWM-FM Station Director, Chuck Dicken, will join the artists on stage for a lively, interactive discussion with the audience.

Before the show, audience members may opt to enjoy a romantic three-course dinner in the Lane University Center. Menu options include filet mignon, potato-crusted red snapper and eggplant cannelloni. The cost for dinner ranges from $36 to $47 depending upon the selected menu.

This engagement is made possible through the Jazz Touring Network program of Mid Atlantic Arts Foundation with support from the National Endowment for the Arts. CES is supported in part by the Maryland State Arts Council (msac.org), the Allegany Arts Council and the City of Frostburg.

Register
Top
This event content is powered by the Localist Community Event Platform.