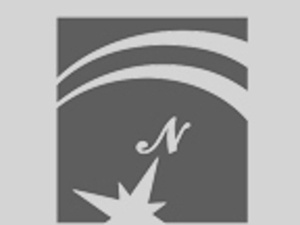 Frostburg State University’s Mountain City Traditional Arts will host an evening of Irish songs and music with Steph Geremia and the Flyaways on Tuesday, Oct. 15, at 7 p.m. at 25 E. Main St. in Frostburg. The live entertainment is free and open to the public with a suggested donation of $15.

One of the finest musicians of her generation, Irish-American flautist and singer Geremia shares music steeped in Ireland’s North Connaught tradition. Joined by master fiddler Ben Gunnery, of Riverdance, and Scottish-American guitarist and vocalist Alan Murray, the trio delivers a vibrantly compelling show.

Geremia's 2018 solo release, “Up She Flew,” described by Irish Music magazine as “an unexpected treasure,” captures long-standing regional musical styles. “This album has not only been inspired by the rich North Connaught repertoire and particular tune settings from the players from this region, but also from a time when these great musicians breathed life into the tunes with their slight variations and subtle re-phrasing of every bar, when variations mimicked the landscape and one could get lost in the modal discrepancies,” said Geremia.

Her bandmates for this performance, Gunnery and Murray, contributed to Geremia’s newest album. Each brings a rich performance background. Gunnery, a master fiddler, has been performing on stage since he was 10 years old. Music has provided him the opportunity to travel the world, playing with such impressive ensembles as Riverdance and Barrage. Murray, originally from Scotland, has toured extensively, has been featured on multiple recordings and has shared his knowledge and talents through classes and workshops.

Together, these three acclaimed musicians come together to deliver an electric blend of music Songlines magazine calls a combination of "New World energy with Old World vibrancy.”