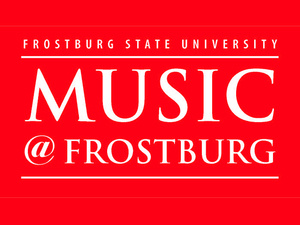 Frostburg State University student Zhicen “Luke” Liu will present his junior piano recital on Saturday, Oct. 26, at 7:30 p.m. in the Pealer Recital Hall of FSU’s Woodward D. Pealer Performing Arts Center. This event is free and open to the public.

Liu will perform “Prelude and Fugue in F Minor, WTC I, BWV 857” by Johann Sebastian Bach; “Largo – Allegro,” “Adagio” and “Allegretto” from “Sonata in D Minor, Op. 31, No. 2” by Ludwig Van Beethoven; “La Cathedrale engloutie” from “Preludes, livre 1” by Claude Debussy; and “Scherzo in C-sharp Minor, Op. 39” by Frederic Chopin.

“The Well-Tempered Clavier, BWV 846–893” (“Das Wohltemperirte Clavier”) is a book of preludes and fugues in all 24 major and minor keys, dated 1722, composed “for the profit and use of musical youth desirous of learning, and especially for the pastime of those already skilled in this study.” In Bach’s time clavier (keyboard) was a generic name indicating a variety of keyboard instruments.

Beethoven wrote his 32 piano sonatas between 1795 and 1822. The German Romantic composer Hans von Bülow called them “The New Testament” of the piano literature (Bach’s “The Well-Tempered Clavier” being “The Old Testament”). “Piano Sonata No. 17 in D Minor, Op. 31, No. 2,” composed in 1801-02, is usually referred to as “The Tempest.”

“La Cathédrale engloutie” (“The Submerged Cathedral”), written for solo piano and published in 1910 as the 10th prelude in Debussy’s first volume of 12 piano preludes, is an example of his musical impressionism in that it is a musical depiction of, or allusion to, an image or idea. The piece is based on an ancient Breton myth in which a cathedral, submerged underwater off the coast of the Island of Ys, rises up from the sea on clear mornings when the water is transparent.

Chopin completed “Scherzo No. 3 in C-sharp Minor, Op. 39” in 1839, in the abandoned monastery of Valldemossa on the Balearic island of Majorca, Spain. This is the most terse, ironic and tightly constructed of the four scherzos.

Liu studies under Dr. Jay DeWire at FSU. He has been on the Dean’s List and is the recipient of the recipient of the Margaret Ager Smith Music Scholarship and Music Achievement Award Scholarship. Liu anticipates graduating in May 2021 with a bachelor’s degree in music, piano performance. He is the son of Zegao Liu and Hailing Wu.