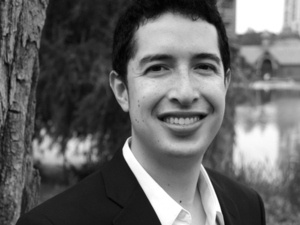 The Frostburg State University Department of Music will present pianist Dr. Joseph Yungen in a Faculty Artist Series concert on Sunday, Oct. 20, at 3 p.m. in the Pealer Recital Hall of FSU’s Woodward D. Pealer Performing Arts Center. The recital is free and open to the public.

Yungen will begin his recital with the 1961 piece, “Basso ostinato” by Russian composer Rodion Shchedrin, his best-known work for solo piano. This piece was written for the second edition of the Tchaikovsky International Piano Competition. It is a polyphonic piece that presents two contrasting melodic ideas simultaneously.

After this comes Frédéric Chopin’s “Étude in E Minor, Op. 25, No. 5,” a technical study composed in 1837. Marking a serious departure in the expected technique developed previously, Chopin wrote this étude with a series of quick, dissonant minor seconds. The effect has earned the étude the nickname “Wrong Note.”

Yungen will then perform “Le festin d’Èsope (Aesop’s Feast), Op. 39, No. 12” by Charles-Valentin Alkan, the fantastical set of variations that closes his Op.39 Études. A phenomenal piano virtuoso and noteworthy member of 19th-century Parisian society, Alkan gradually slipped into obscurity because of his eccentric ways. His fiendishly difficult scores were often regarded as too long and complex, and his music was little known until the second half of the 20th century.

Next is “Das Lebewohl (The Farewell),” “Abwesenheit (The Absence)” and “Das Wiedersehen (The Return)” from “Piano Sonata No. 26 in E-flat Major, Op. 81a, Les Adieux” by Ludwig van Beethoven. The 26th sonata dates from 1810, coming at the conclusion of Beethoven’s so-called “middle,” or “heroic,” period. The composer intended it for publication with German-language subtitles for its three movements, distilling the feelings surrounding the farewell, absence and return of a much-loved friend.

Yungen will follow this with “Piano Sonata No. 4 in F-sharp Major, Op. 30,” written by Alexander Scriabin around 1903. It consists of two movements, “Andante” and “Prestissimo volando,” and is the shortest of Scriabin’s sonatas (a typical performance takes about 8 minutes). The sonata is written in a post-Romantic style.

After intermission, Yungen will play Johann Sebastian Bach’s “Prelude and Fugue in C-sharp Major, BWV 872,” which is from “The Well-Tempered Clavier, BWV 846-893,” a collection of two sets of preludes and fugues in all 24 major and minor keys, composed for solo keyboard in 1722 “for the profit and use of musical youth desirous of learning.”

Yungen will then continue with Chopin’s “Nocturne in C-sharp Minor, Op. 27, No. 1” and “Nocturne in D-flat Major, Op. 27, No. 2,” two solo piano pieces composed in 1836 and dedicated to Countess d’Appony. American pianist David Dubal describes them as “ballades in miniature.”

Closing out the program are Alkan’s “Allegro,” “Marche Funèbre,” “Menuet” and “Finale” from “Symphony for Solo Piano, Op. 39, Nos. 4-7,” published after the composer adopted a reclusive life style in 1848. This symphony is part of his collection of large-scale studies in all the minor keys, which are often considered among his masterpieces and are of great musical and technical complexity.

Yungen is a successful solo performer, collaborative artist, new music advocate and teacher. Notable achievements include winning the Audience Favorite award in the 2008 Seattle International Piano Competition, winning first prize in the 88th annual Bruce P. Carlson Schubert Club Piano competition in Minneapolis and, in 2013, being named the featured soloist in the Hans Abrahamsen Concerto for Piano and Orchestra with Musica Nova. Yungen earned his doctorate in musical arts from Julliard School and is a member of the music faculty at FSU.